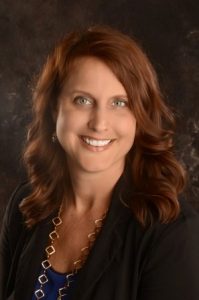 Tukker, a Pella native, graduated with a Bachelors of Social Work Degree from Dordt College in 1998.

Tukker began her time at COC working summers through college as a Direct Support Professional. Tukker’s first full-time position with COC came one year after she graduated from Dordt College in 1999, as a Program Coordinator of the Indianola Intermediate Care Facility for Individuals with Intellectual Disabilities (ICF/ID).  She has held various positions in multiple programs; including Program Coordinator for both ICF and Residential Home and Community Based Services (HCBS).  Her hard work and dedication to COC contributed to her rise through the ranks.  In 2006, Tukker became a Program Manager for the HCBS program and in 2010 accepted a position as Regional Director of the ICF/ID program, a position that she has held for the past eight years.

“I believe my experience has given me a broad overview of all that COC does.  It allows me to see the big picture of how COC operates and will help in leading our organization into the future,” Tukker said.

COC has had a succession plan in place since 2005 when the Board of Directors named John Eilers as the successor to current Executive Rod Braun. John Eilers, the current Associate Director, will succeed Braun as Executive Director on June 29, 2018.  “Jodi’s background in the field and experience will serve COC well,” Eilers said.

COC’s mission is to integrate Christian values in teaching skills for life.  Founded in 1969, COC provides residential and vocational support and services to nearly 300 people with disabilities in Dallas, Mahaska, Marion, Polk and Warren counties.