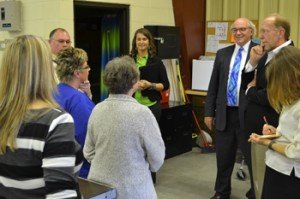 Only two weeks before the Nov. 4 general election, United States Congressman Dave Loebsack visited Pella’s Christian Opportunity Center on Tuesday for a guided tour of the facilities and a discussion of issues.

Regional Director Jodi Tukker and Vocational Manager Christian Ray provided the congressman with a tour of COC’s Pella Plant and discussed the Fair Wages for Workers with Disabilities Act of 2013 and the benefits of sheltered employment.

The reception concluded with a dialogue between Congressman Loebsack and Human Resources Director Angela DeCook in regards to COC’s challenges with staff recruitment and retention and to provide competitive compensation to direct support professionals. 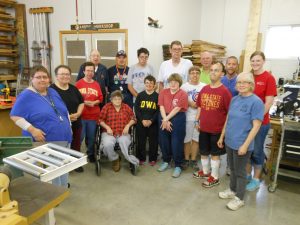