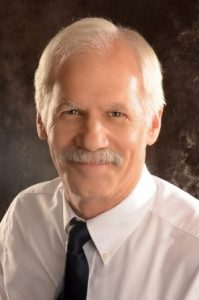 On May 4, 2016, the State announced that funding for sheltered employment would end in two years. This was not a decision by the Iowa Legislature but instead was made by State officials at the Department of Human Services. Sheltered employment is a service whereby COC contracts with local businesses to perform certain tasks such as packaging and assembly. The concept is to train people and then place them in community jobs using their new skills. Many people receiving supports through COC have found community jobs through this model over the decades. This service began at COC in 1974 and allowed people with disabilities to earn a paycheck. To make this possible, COC has maintained a “subminimum wage certificate” with the Department of Labor (DOL) for many decades.

Three factors have led to the end of sheltered employment. The first is the work of some advocacy groups previously mentioned. Advocacy groups received a big boost in 2009, when a story broke in Atalissa, Iowa where Henry’s Turkey Service (HTS) based out of Texas was providing workers with disabilities for a local turkey processing plant at $0.42 per hour. HTS did not have a valid subminimum wage certificate from the DOL. There are two ironies with using this incident as the “poster child” for doing away with sheltered employment. The first is that the jobs in the local turkey processing plant were not sheltered employment jobs, but jobs in a community business. The second irony is that some advocacy groups regularly tout “choice” for people with disabilities, but now they will no longer be able to “choose” sheltered employment.

The second factor is the efforts in the United States House of Representatives to pass legislation that would eliminate subminimum wage certificates for organizations like COC within three years of passage, and effectively end sheltered employment in all 50 states. The current legislation is known as the TIME Act (HR 1377). TIME is an acronym for “Transitioning to Integrated and Meaningful Employment.” Implied in the title is that sheltered employment is not meaningful.

The third and likely most significant factor is recent actions by the U.S. Department of Justice (DOJ). In 2012, the DOJ ruled in Oregon that sheltered employment is a violation of the 1990 Americans with Disabilities Act (ADA) and the 1999 U.S. Supreme Court’s Olmstead Decision. The Olmstead Decision was about two women living in a state institution in Georgia who wanted to live in a community group home. The Supreme Court ruled that they had the right to live in the community. However, part of the ruling was also that people with disabilities who chose a more restrictive setting should have that choice honored. This would mean that people choosing sheltered employment should have that choice honored. In 2014, the DOJ also ruled in Rhode Island that sheltered employment was a violation of the ADA and the Olmstead Decision.

With these mandated changes coming up in the next few months, people with disabilities previously in sheltered employment will have three choices: (1) participate in a community job with supports from COC as needed; (2) participate in our Life Skills (aka Day Habilitation) program that is a non-work oriented day program; or (3) they can choose not to participate in either program. With the end of sheltered employment, COC will continue to provide a wide variety of residential and vocational supports and services with 34 of COC’s 36 services continuing.